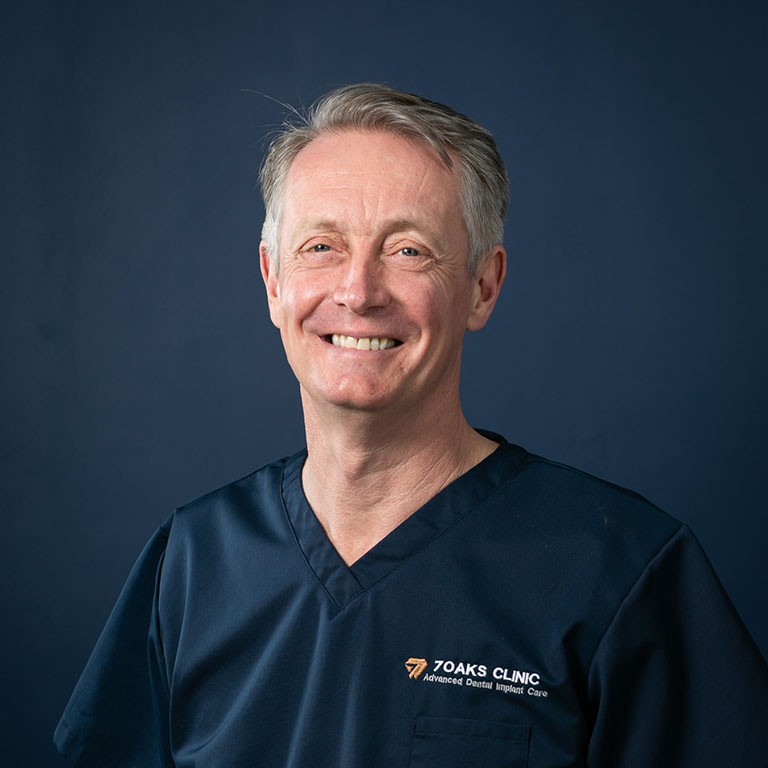 Dr Gary Moynes has been placing and restoring dental implant implants for 30 years. During that time, he has placed and restored over 10,000 dental implants. He holds post-graduate qualifications in restorative and implant dentistry to Masters Degree level.

Gary has extensive experience in both bone and soft tissue grafting, along with soft tissue surgery. Gary has been awarded the Advanced Certificate in bone grafting by examination by the Royal College of Surgeons.

Gary has devoted the last ten years in practice solely to the placing and restoring of implants with the aim of improving lives through building confidence in a patient’s smile, along with providing solutions for those struggling to eat due to lack of teeth, or suffering embarrassment wearing dentures.

The team at 7oaks Clinic shares a determination to be the very best at what they do. Our goal is to fill you with confidence and put you at ease.